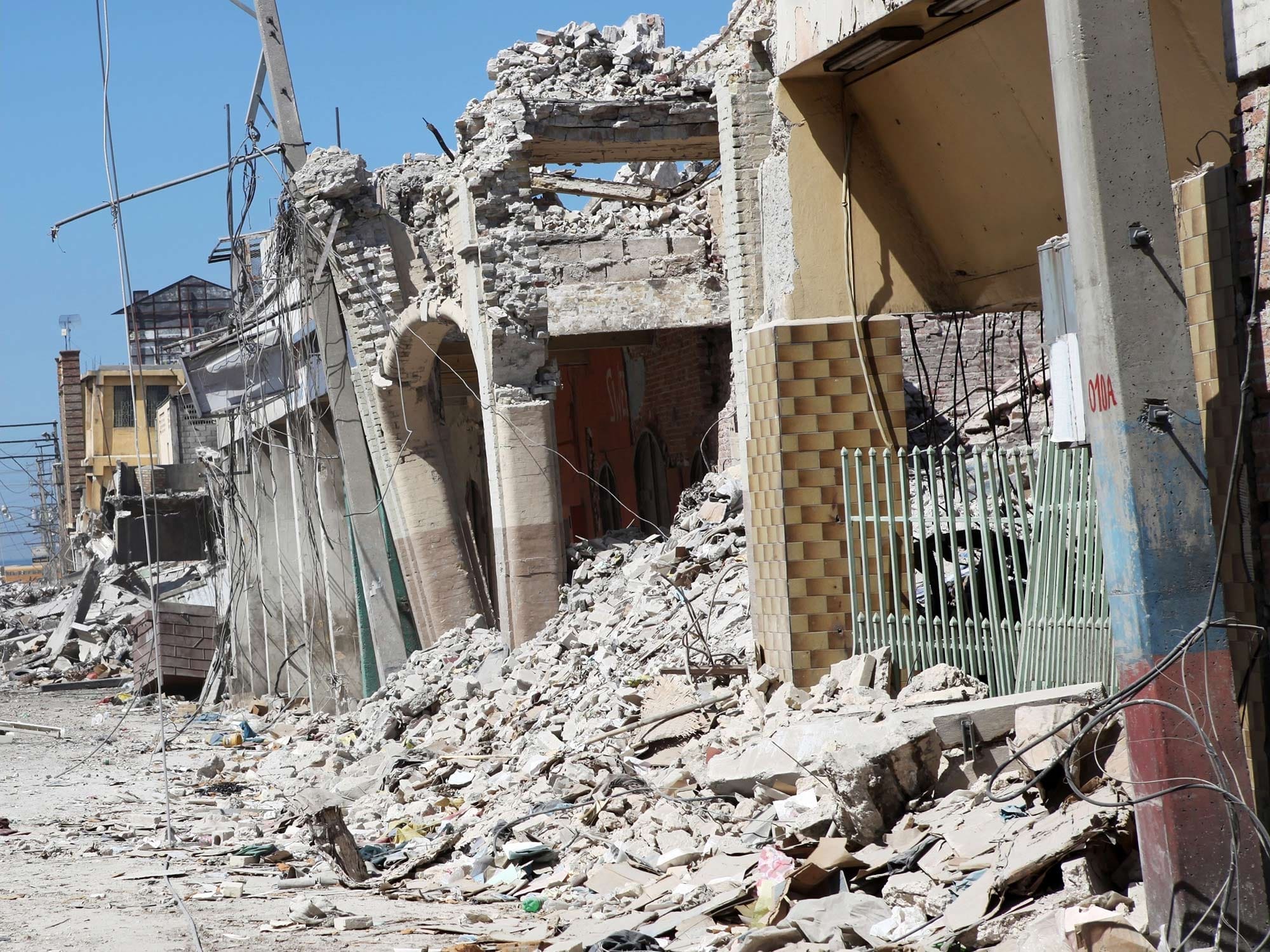 The resulting damage to the communication systems and transports facilities further complicated matters, undermining the actions of the international response aid and further delaying recovery. The economy suffered a massive loss, significantly affecting the textile and clothing industry, accounting for 80% of Haitian exportation.

By January 24, 2010, 52 aftershocks had been recorded. The largest one, on January 20, again destroyed 15% of the buildings in the region where it occurred. Among this devastation, Haiti suffered a cholera outbreak that spread quickly, contaminated Haiti’s primary water system, in a region already suffering from no modern water systems treatment, and caused more than 10000 deaths.

On October 12, 2012, Hurricane Sandy hit Haiti for three days of consecutive days of rain, flood, and heavy winds causing the death of 54 people,  damaging and destroying tens of thousands of houses and infrastructures.

Hurricane Sandy impacted the agricultural industry, destroying what was left after the severe drought that occurred during the year and the impact of Topical storm  Isaac, that hit the island in august 2012.

Sandy disrupted the fish industries, destroying the fishing boats and equipment; more than 64000 livestock perished due to the flooding, rain, and wings, leaving the country with more than 1.5 million people suffering from food insecurity.

More than 18000 families became homeless due to the decades of deforestation that left the country with no barriers against water, flood, and mudslides. Like after the earthquake of 2010, Haiti was also hit with an outbreak of cholera, causing more than 8000 deaths. Like after the quake of 2010, critical road infrastructures was damaged or destroyed, preventing the international response teams from accessing the different affected location.

Health centers, essential facilities, and infrastructures have also been profoundly impacted. Health facilities were damaged and some destroyed, affecting the amount and scale of assistance that can be offered.

Following the earthquake of August 2021, Tropical storm Grace struck Haiti on the 20th of August, eight days after the quake, causing landfall, flooding, and mudslides further complicated the efforts and assistance toward an already traumatized population.

Major disaster requires a significant international involvement to help countries to repond to and recover from natural disasters.

However, several internal and external factors, like the global issue of climate change,  deforestation, or the fact that Haiti is seated along the border of two tectonic plates ( the Caribbean and North American plates), make it difficult to find a sustainable solution.