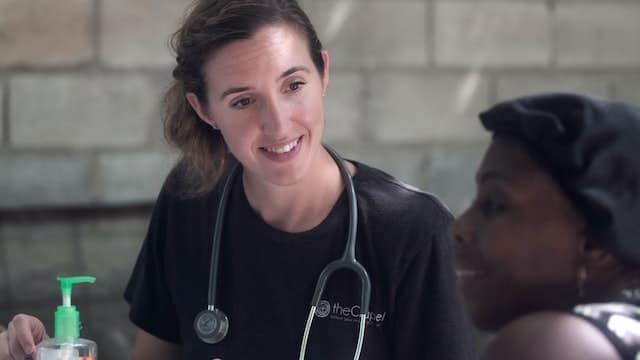 Your Partnership Can Save Lives

Apart from being the world’s third poorest country, the Caribbean country also reports the lowest health indicators due to many reasons. These include:

Lack of infrastructure—Haiti, unfortunately, is prone to frequent natural disasters. The earthquake of 2010, 2021 and 2016 Hurricane Matthew destroyed several healthcare centers. Since then, recovering from the impact of these natural disasters has been an uphill challenge.

Effects of Cholera—The country still faces the after-effects of the first cholera outbreak that occurred a decade ago. Even today, nearly a decade after the outbreak, cholera infects about 75 people weekly, putting a strain on the healthcare system of Haiti.

Malnourishment—Nearly 1 in 5 children are chronically malnourished in Haiti and 40% experience severe health problems because they do not have enough food to eat daily, causing long-term development challenges. Malnourishment is a top contributor to the high rate of childhood mortality in Haiti.

Lack of Preventive Care Treatments—Not only is the government spending on healthcare low, but more than half of it is towards curative medicine instead of preventive care. The country lacks healthcare facilities and trained doctors and nurses.

When people become sick in Haiti, their options are limited by their area and the resources they have to afford medical treatment. With an estimated 529 deaths for every 100,000 live births Haiti has the highest infant mortality rate under five and maternal mortality in the western hemisphere.

And nearly 63 percent of the births in Haiti take place at home without any medical aid because of extreme poverty. Statistics also show that about 33 percent of women don’t receive prenatal care during pregnancy, which is crucial to monitoring fetal growth, screening for complications, managing hypertensive conditions and, more importantly, ensuring safe deliveries.

At One Vision for Children, we are dedicated to improving the healthcare system in Haiti. We strive to affect the long-term health outcomes of underserved communities by addressing relationships between healthcare and individuals.

We believe that education and healthcare are the basic rights of children, regardless of their family or financial status. Hence, we aim to foster ownership of well-being in them so that they too can realize a healthy future. Children who learn to be in control of their well-being, including their health and physical environment, can support healthy families and communities in the future as adults. Indeed, investing in healthcare today can have a lasting and sustainable effect on generations to come.

One Vision for Children is working relentlessly to provide quality healthcare facilities in Haiti and, more importantly, educate Haitian parents on the best ways to provide preventive treatment and aftercare for children and themselves.

Our focus on preventive care can help detect and prevent serious health diseases and medical issues in adults and children before they become major illnesses. Preventive care services like annual check-ups, flu shots, immunizations, and certain tests/screenings can help the nation avoid many healthcare issues. However, to make this happen, we need your support.